We are soooo spoiled!!!

Few months back, we went to Mexico for a day trip. It was fun. Had a couple of tacos and lobsters. But what made that trip memorable was when Anna lost her camera. We didn't notice till the following day. 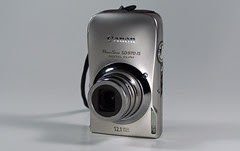 When we went to San Francisco, although we have 2 SLR's and mommy's digicam, Anna still wanted a point and shoot of her own. We went to Costco and went cam hunting. She just wanted the same model as mommy's cam, but it was out of stock. I convinced her to get the newest model, and she ended up with this cam. She loved it.

After a few days after coming back from SF, I was thinking that our Dell laptop was also due for an upgrade. We then went to Fry's, and I had my eye on a couple of HP laptops, but after an hour and a half of looking and trying out several laptops, i decided to just walk away and just settle with the one that we had. 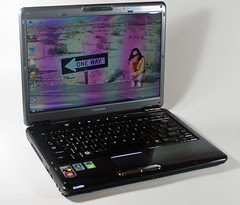 We went for lunch and then headed to Wal-mart. But i just can't get rid that itch. I want something new, and I'm not going home empty handed. We went back to Fry's, but again, it took me 30 minutes to get what i really want. And instead of an HP, I ended up with a Toshiba. Which was cheaper and better.

But things doesn't end there. Anna kept asking when is she getting a new phone, but i kept telling her soon. During this weekend, she asked me again, so I told her, "OK let's go to AT&T". We we're just there to take a look at the new iPhone 3G S. After an hour of convincing us to change our cable provider from Cox to AT&T. We then stepped out with a new iPhone. 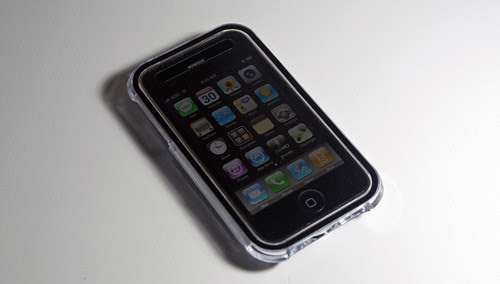 Hmmmmm!!! We are sooo spoiled!!! But in a couple months, someone else besides me and Anna will be saying the very same words, in a "goo goo" kinda way.
Posted by Brian & Anna at Sunday, June 28, 2009