It was same as usual. Crowded, full of excitement, heroes frantically going around hogging all the paparazzi, adults acting like kids. Yeah, these are the happenings every year here at the con. 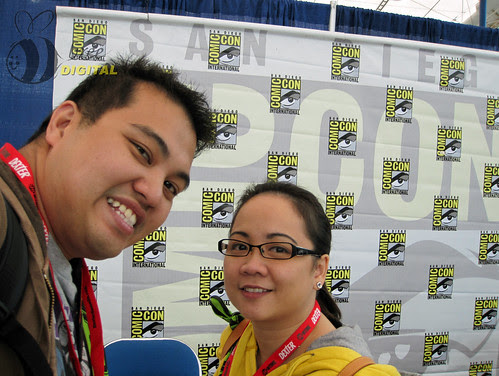 There were four of us, me, Anna, mommy and Happy. I had to put a mattress at the back of our minivan since I know for sure that they'd end up spending most of the day in the van instead of a sweaty, head dazing, unfriendly environment (volunteer guards) and really expensive snack kiosk/foodcourt. 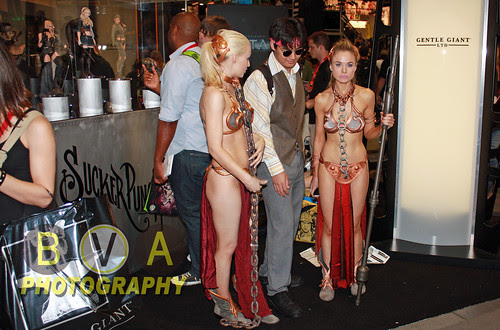 One of the reasons why the Con is so crowded

I had to do everything double time since I only have a day to spend. The long lines in most booths were gone. I know I missed most of the good stuff, but there's still plenty of photo ops. And besides, the place is crawling with cosplayers. There's plenty of that to go around. 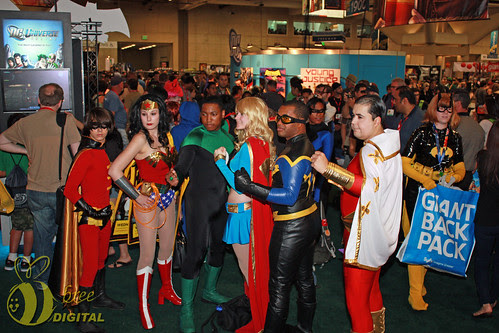 The Super Friends are here to save the day

Good thing was I'm not into programs. Exhibits were still impressive but trying to take photos of everything is near to impossible. I had blast, but it would have been nice if Happy's big enough to be with me. I'd love to put her in a costume and have her walk around to take photos with a bunch of costumed peeps. 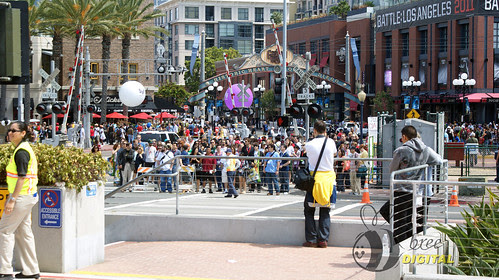 There we're rumors of moving the convention to either Vegas or Anaheim in 2012 since SD convention center cannot accommodate the ever growing crowd. We'll find out by the end of the year. This would be a great loss in revenue for the city of San Diego since the geeks generate millions of $$$ in mere 4 days. And bad news for me, since I don't have the extra moolah. 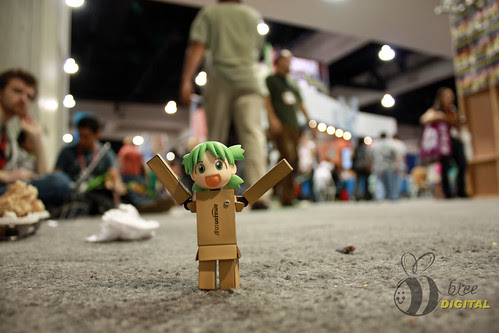 We left early since I already had my fill for the day. And I hate not being with my honey and baby. I'm crossing my fingers that everything would turn out great next year as I try to find a costume for Happy.
Posted by Brian & Anna at Tuesday, July 27, 2010

would have love to attend at least one comic con in my life!but cant see it in my future...hehe.

because although its meant to tell of your adventure there - what it really shows is your relationship with anna.how much she'll go through for you and and how much you'll sacrifice for her too.its cute,how much you understand each other.and now happy is tagging along too!hehe.although,andun na pala sya last year pa lang!inside anna's tummy of course!hehe.

cant wait to see her costume next year!hehe.

be well happy,brian and anna!