It's here to stay

Good news to all San Diegans, geeks in particular. Comic-Con is here to stay... for the next five years! I woke up early and made breakfast on a lazy Saturday morning and just when we sat down to eat, I opened up the morning paper and saw the headline. 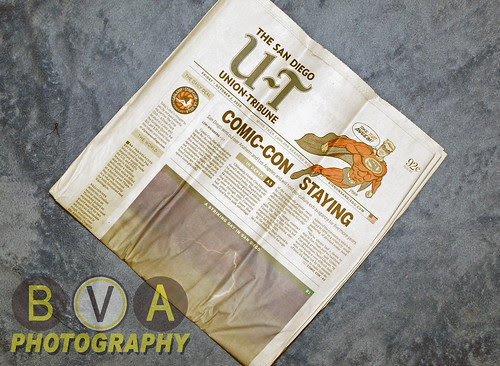 I was ecstatic, but it was the total opposite for Anna with a side comment of "Hurrah!! Good"(an obvious sarcasm and eyes rolling to match with). There were rumors as early as last year at the con that it was moving either to Vegas or Anaheim due to lack of floor space. And this years con made it worst and rumor became an 80% confirmation that the con was about to move out by 2012 to Anaheim.

Yesterday's paper confirmed that the con is here to stay for the next five years.