Eating out should be easy. But in our case, we always find ourselves in a dilemma deciding where or what to eat. Sometimes too many choices or lack thereof. Home Town Buffet never came to mind. If it weren't for Onami being closed last night due to plumbing problems, we would have never gone. 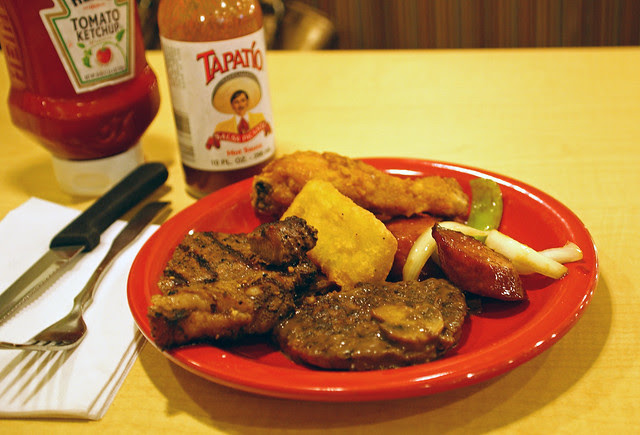 Santee had a newly opened branch which happen to be a few blocks from where we're at. And since its almost 7pm, people started packing the place.

To my surprise, I've paid less than $40 for three adults (including drinks). Which would be close for just one person in Onami. 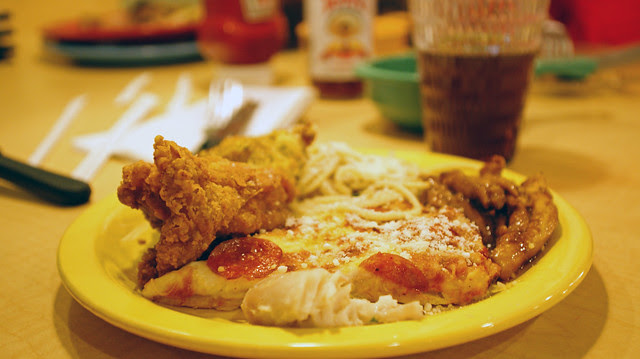 But then since this place was dirt cheap I thought I'm gonna what I paid for. To our surprise, the food was decent to good.

It did have it's downside but nothing major. The steak was a bit overcooked and roast was a bit dry. Everything else was okay.
Posted by Brian & Anna at Saturday, April 09, 2011