I did play a lot as a kid. But never have I once been through anything serious. Maybe the occasional fever or so. And as a kid, I never really realize how parents worry about stuff that we do now that i am actually one myself. 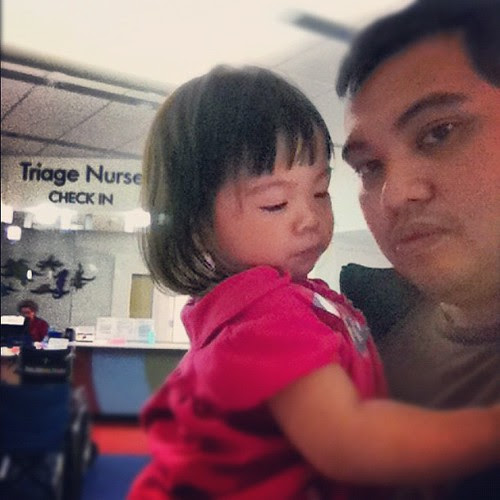 Happy was the same. She played a lot and was all over the place-- just like any other kid her age. It never really came to me that she might get into anything that will make us worry. Until yesterday, when she fell from the couch.

She cried... Shrill cry and scream that sounded different until she fell asleep. She woke up an hour later and still the same. That's when we noticed that her right arm was swollen. We immediately went to Rady's Hospital. 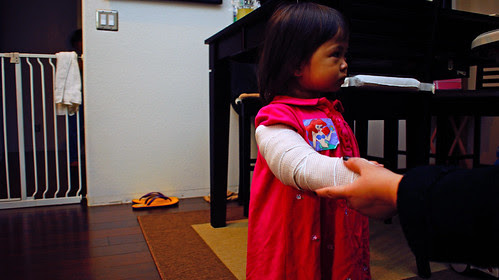 After a few x-rays later, we found out that she sustained fracture on her humerus (funny bone).

I could just imagine how much pain she had to go through. It's unbearable to see a small child who's not supposed to be in this predicament. She's should be playing with her toys and running around. I then realize the things my own parents had gone through when i was a kid. 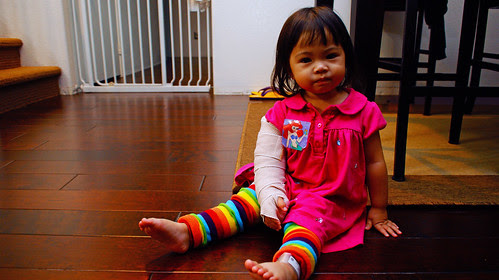 If only I could take the fracture away or give her my good arm i would in a heartbeat. After seeing all those movies about parents saying they'd rather be them than their kid, is making all sense now. I really wish it was me rather than Happy.

hope happy is all better now.

When you were a kid, you played with pencil cases and having your fingers do the leaping from one case to another, if you break your funny bone doing that, I don't know...

On a serious note, Happy is a strong kid, she'll just shake this off her shoulders. :D

She did shook it and ended up with a broken elbow