Pacman's last fight with Marquez was indeed controversial, and last night's fight was not much less and totally wrong in all aspects. It ended at full 12th round with a given ending that Pacman will take home the bacon.

But I almost fell off my seat after a split decision was announced. All who watched saw what happened-- every fan, analyst and sane person would not agree with the decision made. Hell, even Bradley, as underdog that he is, was not even sure why he won. We we're all robbed off with eyes wide open! 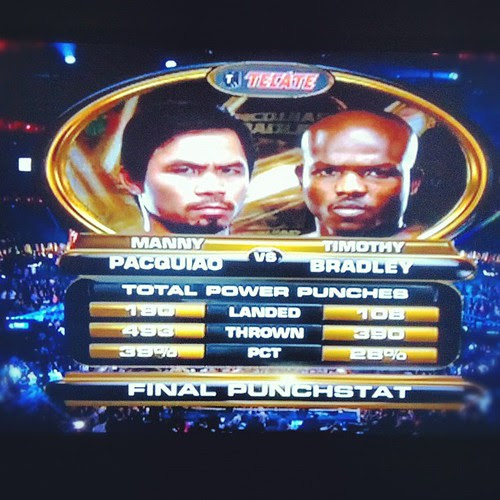 If my theory serves me right, I have Jessica to blame! Hehehe!